PARIS: A huge mural celebrating the “yellow vests” revolt has appeared in one of the most traditionally leftwing districts of the French capital.

Street artist Pascal Boyart created the work, based on Eugene Delacroix’s monumental canvass “Liberty Leading the People“, which glorified the revolution of July 1830 in which the people of Paris drove King Charles X from power.

He told AFP that the mural in the working-class 19th arrondissement of northern Paris was to show his support for the anti-government protests which have shaken France since November.

It has the rebelling people of Paris wearing high-visibility jackets just like those worn by the “yellow vests” demonstrators, whose movement began as a revolt in rural France over increased fuel taxes. 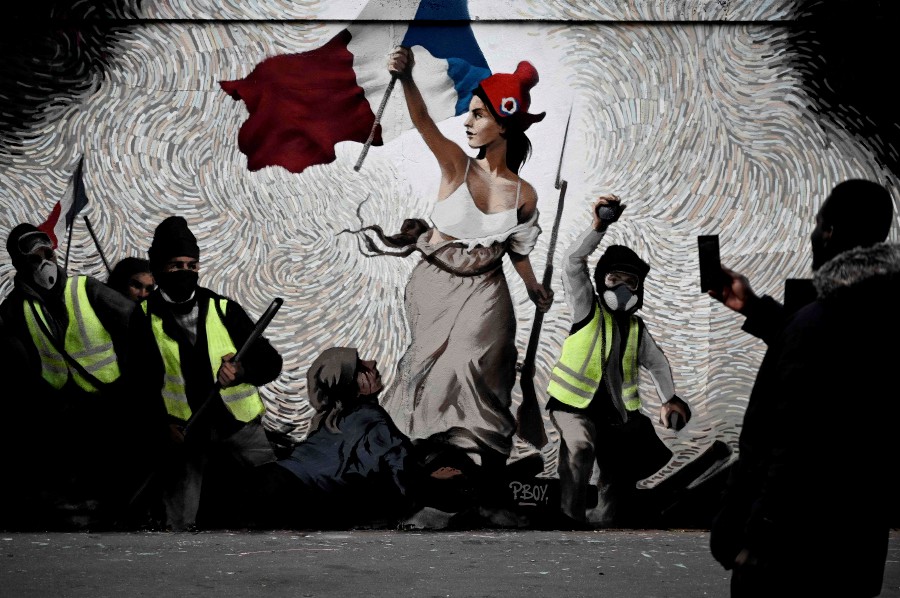 “The (Delacroix) painting is one of the best known in the world, and I wanted to use its theme for what is happening now,” Boyart said.

“Art has always been a means of expression for all political movements,” said the 30-year-old painter, who signs his works “PBOY.”

Paris-based Boyart is well-known for his murals denouncing the world of high finance and the banks, which he blames for the discontent in France.

One of Boyart’s previous works shows Delacroix – who used to feature on the old French franc banknotes – setting fire to a 100-euro note. –AFP

Black Lives Matter protesters with signs demanding 'abolish the police' and claiming 'riot is the language of the unheard' gather in London and promise...
Read more
World

The German response to the coronavirus has led the way in Europe and drawn praise around the world. But that success has continued...
Read more
- Advertisment -

Dutch to give free legal aid for MH17 claims

Chinese stocks plunge into the weekend as investors sweat ahead of...