Home Travel The best pebble beaches in the world
Travel

The best pebble beaches in the world

White sand and golden coves are all well and good, but we’ve also got a not-so-secret soft-spot for pebble beaches. Here are nine of the best.* 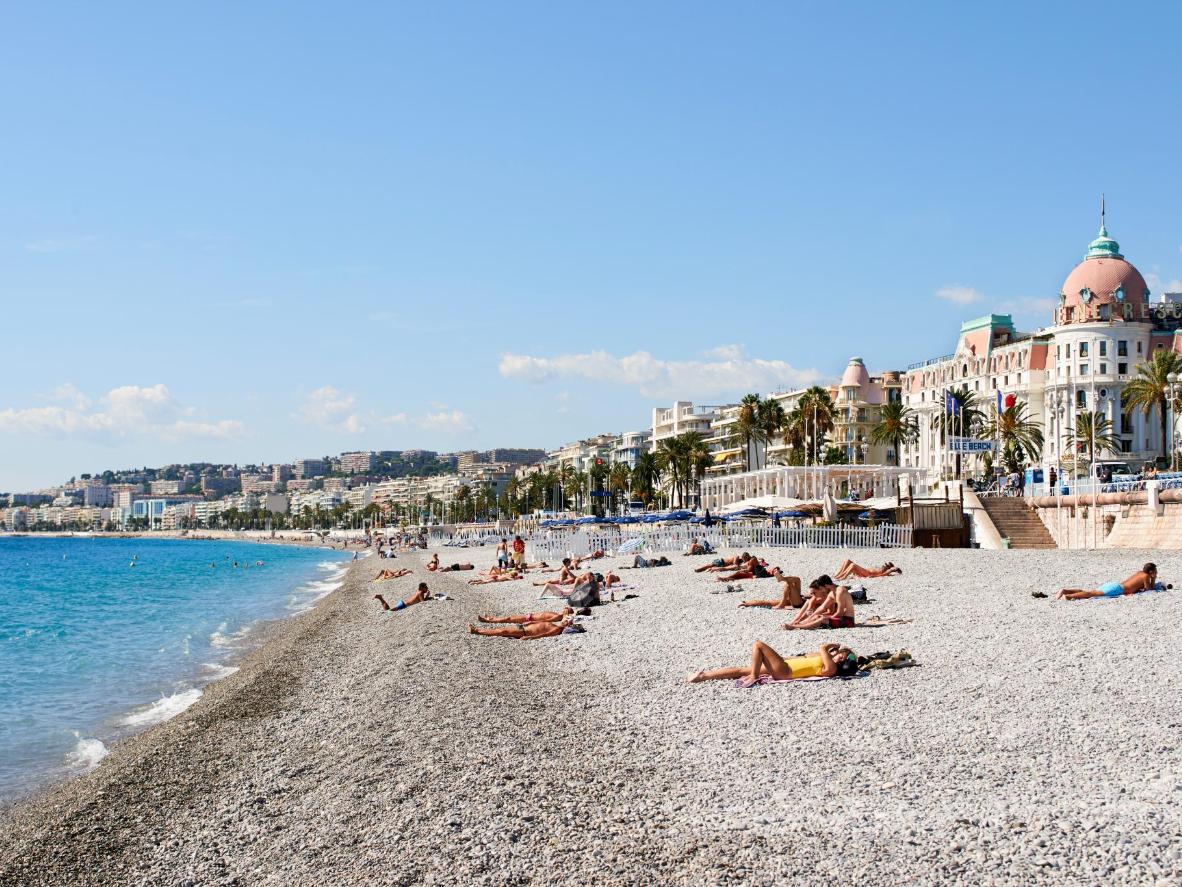 The beach along promenade des Angles is pebbly perfection

The beaches around Nice are covered in pebbles, carried down from the Ligurian Alps by the Pallion River as it rushes into the sea. These slate-grey pebbles are washed smooth during their journey down to the coast and create a constant whispering rustle as they are lapped by the tide. Plage du Centenaire is one of Nice’s best-loved pebble beaches and one of Nice’s highest reviewed accommodations – Les Suites Massena – is just a 3-minute walk away. 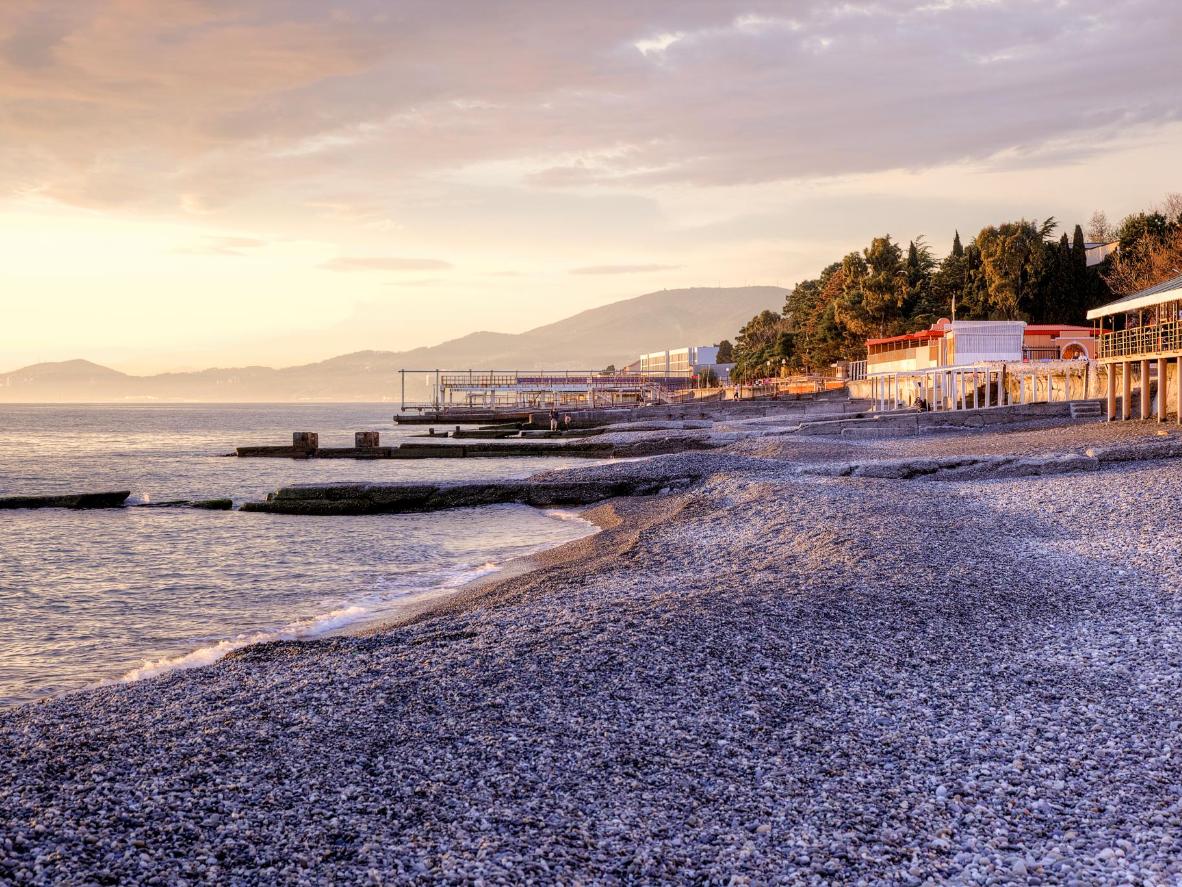 The black pebble beaches of Adlercreate a striking contrast to the white surf and silvery mountains in the background. Mild sea temperatures and plenty of cafés and restaurants make Adler a popular destination among locals, especially as a reasonably priced alternative to Sochi. If you prefer swimming in a heated pool, try the Black Sea Guest House which is a 2-minute walk from the beach. 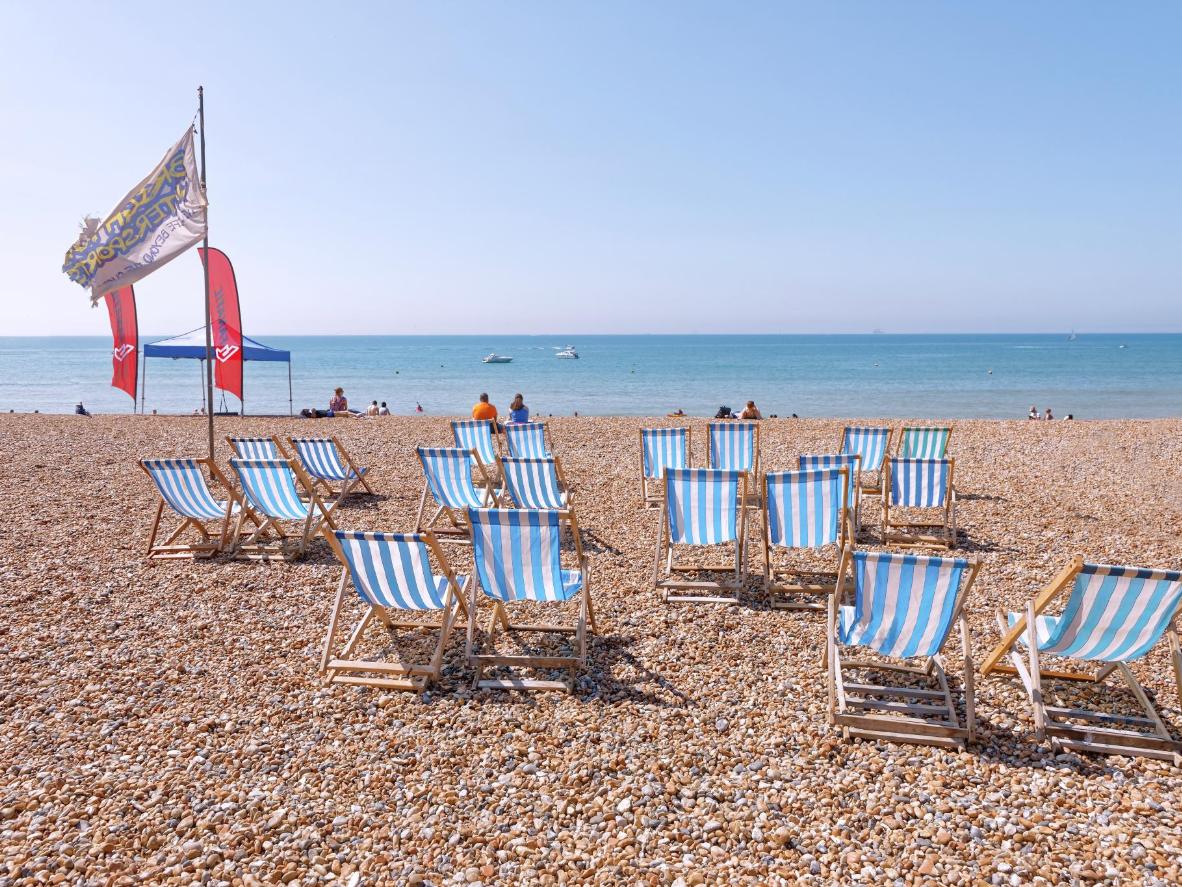 One of the UK’s best-known beaches, a day trip down to Brighton will fill you with nostalgia, even if it’s your first trip. Visit the carnival rides at the end of Brighton Palace Pier, tuck into fish and chips with lashings of salt and vinegar drizzled on top and run across the sun-warmed pebbles to the sea. Keep up the nostalgia by checking into Hotel Una, a renovated 19th-century townhouse. 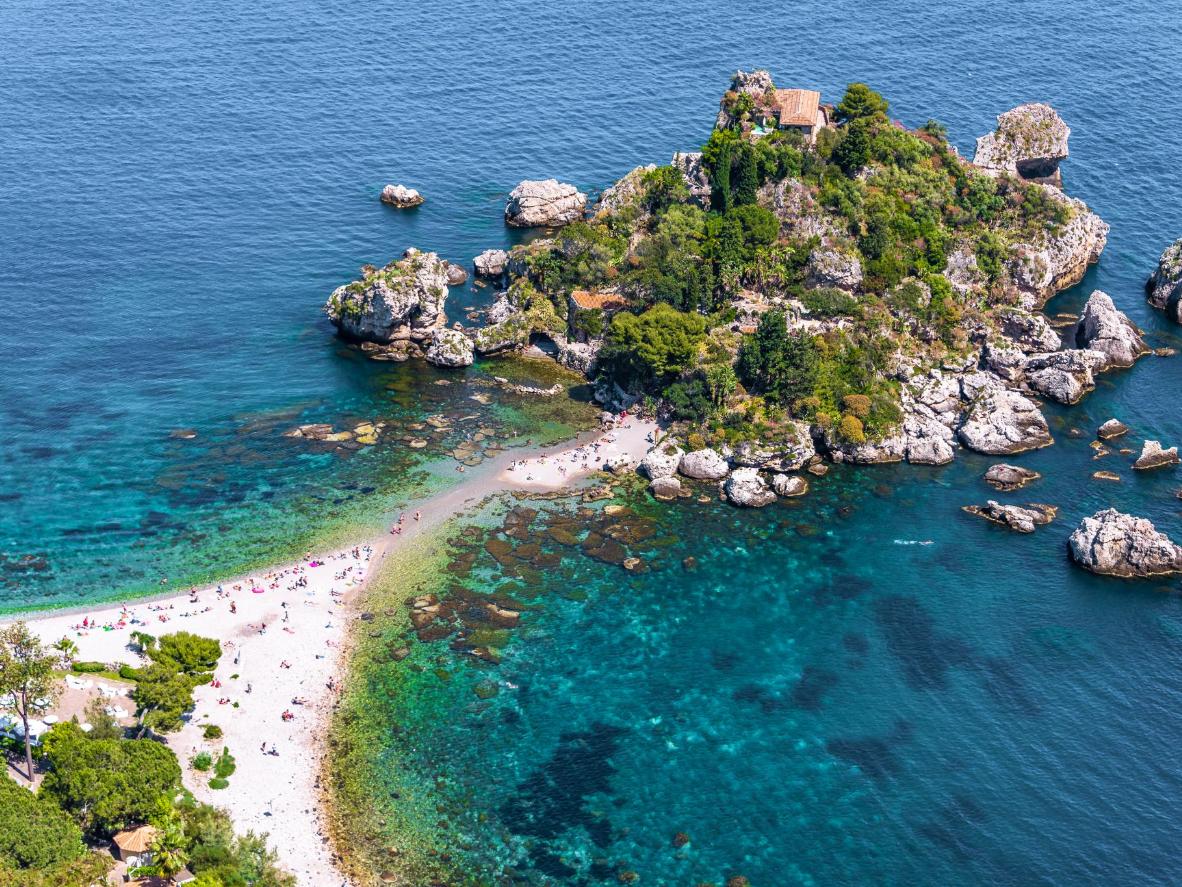 Isola Bella is a Sicilian beach and one of the most beautiful stretches of Italian coastline. Accessed by a winding walk down the cliff, you’ll want to pause to admire the sea views and verdant grassy slopes stretching out before you. A thin strip of white sand connects the pebble beach to the mainland, but only at low tide and, due to its remote nature, visitors to the beach are advised to stay nearby at the Hotel Villa Belvedere. 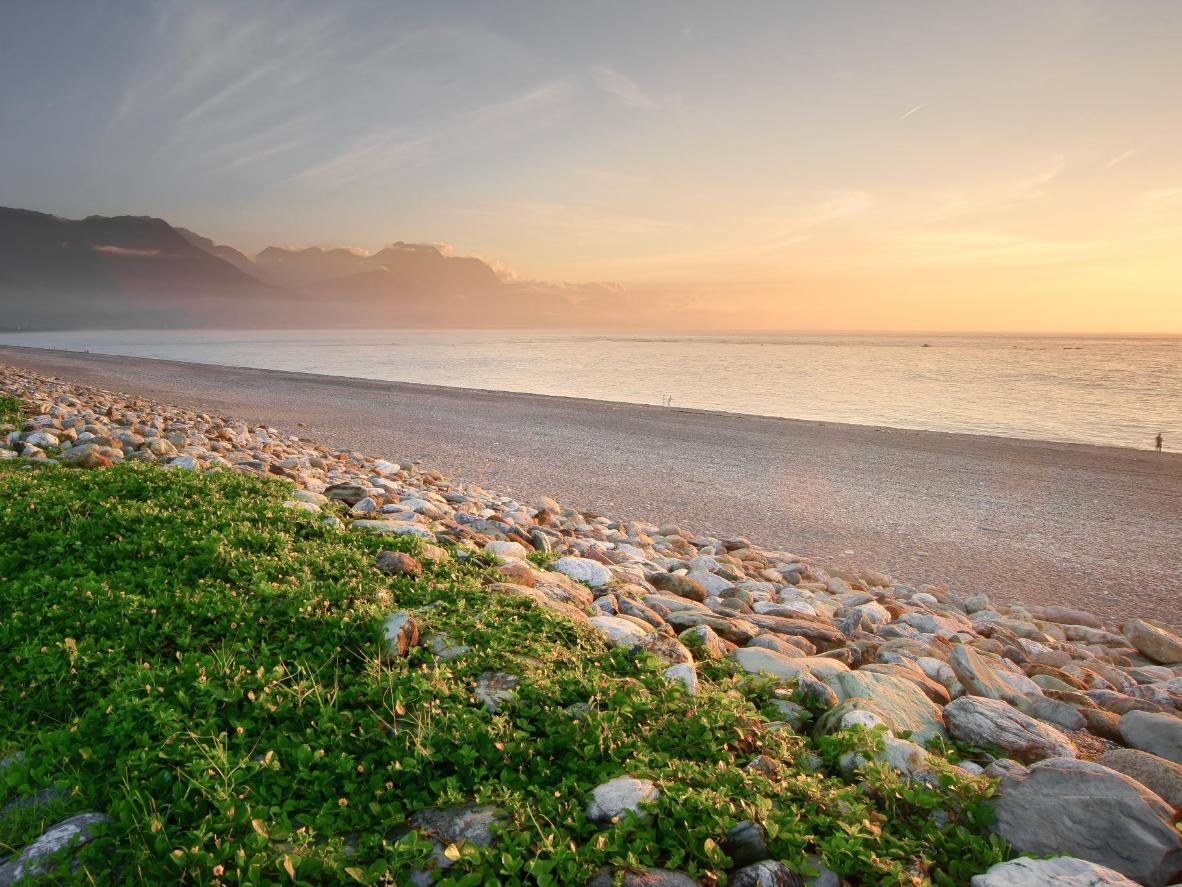 Watch the sunset over Sunrise Crescent Bay in Qixingtan

To the north of Hualien City lies a crescent beach that is composed entirely of smooth grey stones. Qixingtan Beach is populated with agate rocks in shimmering rose pinks, translucent creams and dusky browns. Either pick a spot on the beach – don’t forget to take a blanket – or take a seat at one of the seafront cafés to watch the fishermen. Keep things uncomplicated and local by staying at the minimalist Simple Life B&B. 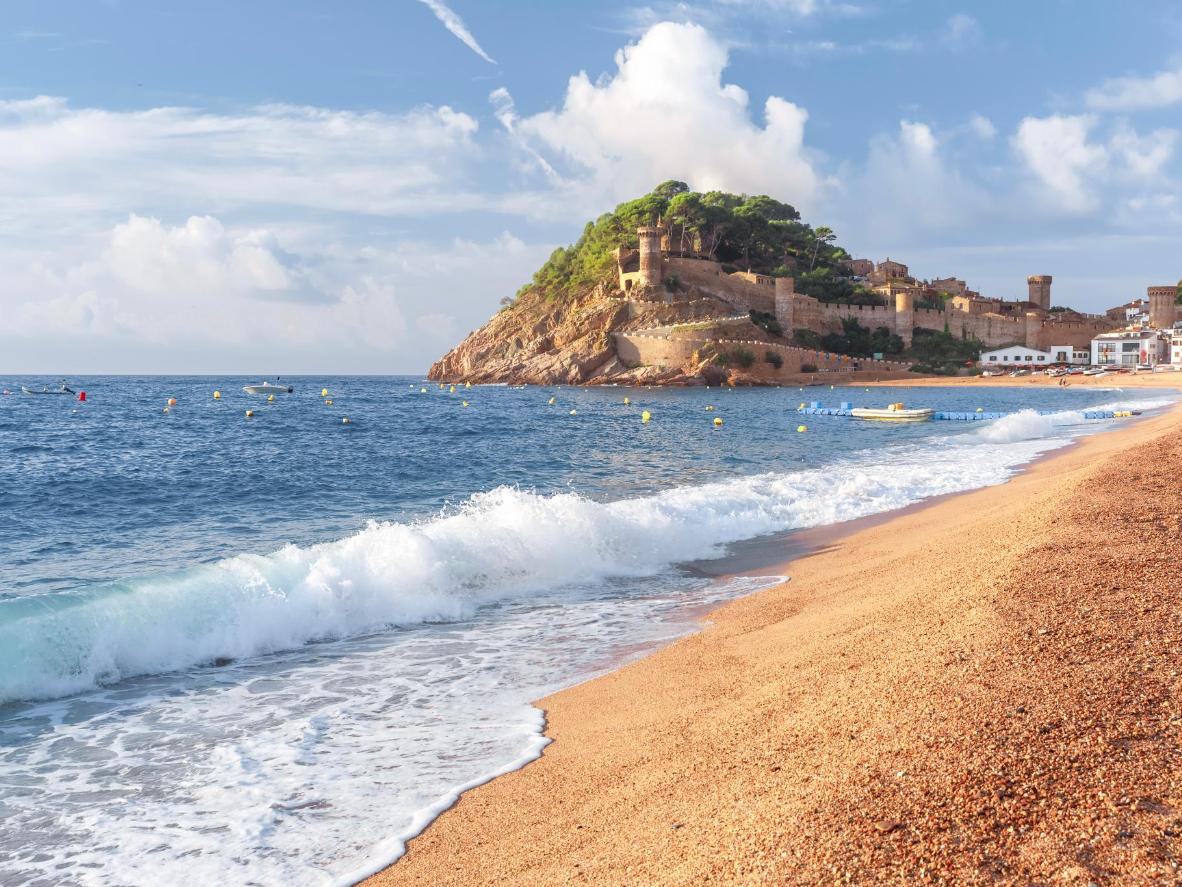 A popular tourist destination, Lloret de Mar provides cafés, bars, nightlife and amenities, alongside a stretch of pebble beach that kids and adults will delight in exploring. In contrast Tossa de Mar is a quieter beach, overlooked by a castle (Muralla de Tossa de Mar) and with plenty of cosy and historical places to stay, such as the Boutique Hotel Casa Granados. 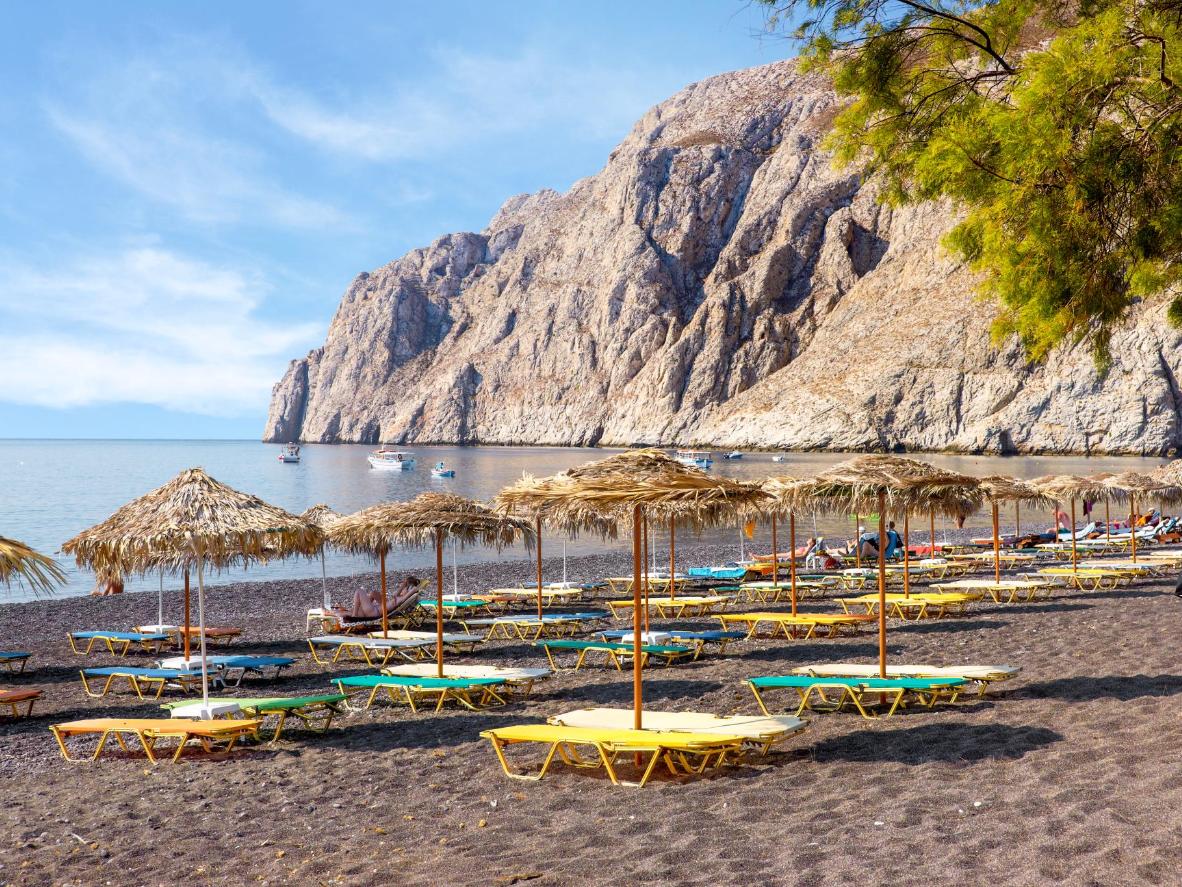 Kamari Beach combines the drama of black, volcanic pebbles and smoother stretches of golden sand for more traditional sunbathing. Making it a beach with something for everyone. At night the moonlight reflects off the pebbles and creates an otherworldly glow that’s worth staying up late to see. For easy access to the beach and stunning sea views, stay in a traditional Greek taverna like Hotel Sunshine. 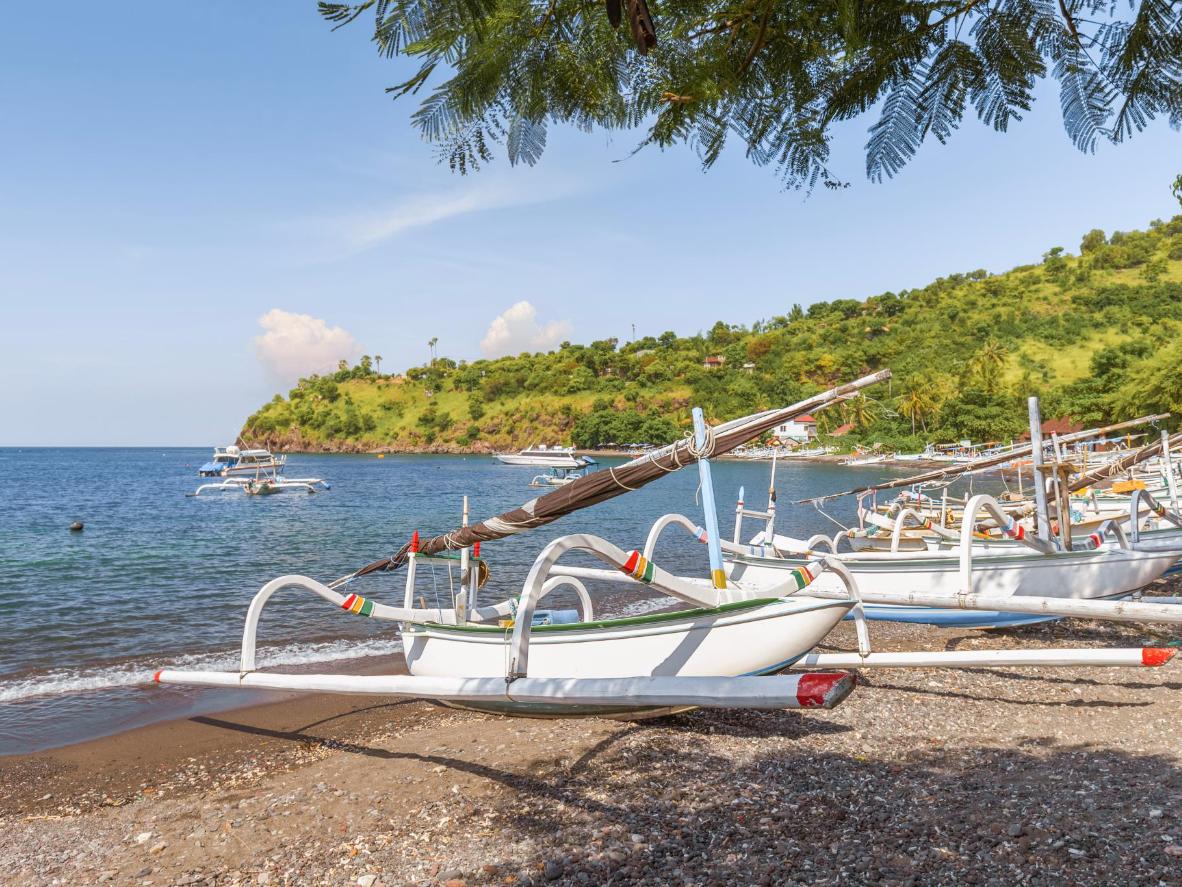 Banyuning Beach in Amed is perhaps best known for the sunken Japanese shipwreck offshore, which has become a popular place for divers. It’s the colour of the stones on land, however, that distinguishes Banyuning from other pebble beaches. Amongst the familiar black pebbles you’ll find small blood red stones, glowing in the surf like the floor of a dragon’s cave. After a day exploring, retire to the private beach and tropical gardens at Aquamarine Beach Villas. 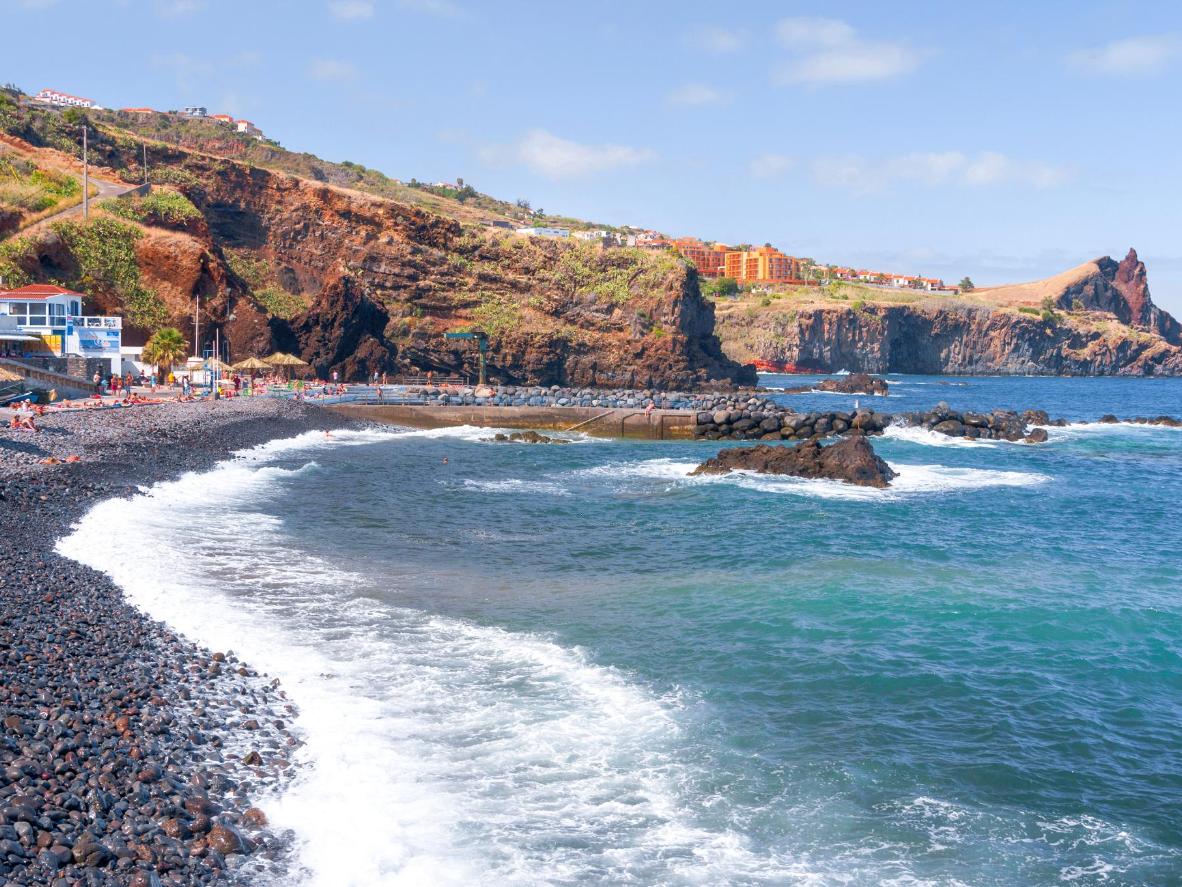 Curls of stones crest the crystal clear waters in Funchal

While most visitors flock to Funchal’s epic main beach – Praia Formosa Beach – it’s worth making the trip over to the secluded, yet just as lovely Reis Magos Beach. Here, you’ll find perpetually glittering black stones gleaming beneath crystal clear water, overlooked by small local cafes serving up the catch of the day. For the best views of this dazzling stretch of coastline, book a room at Galo Resort Hotel Galomar.

*These destinations were the most highly-rated for ‘pebble beaches’, according to people travelling with Booking.com.

Photo: Stock Photos from cowardlion/Shutterstock Like most public-facing places, the Ghibli Museum in Mitaka had to temporarily close due to COVID-19. However, anime fans can still have a...
Read more
Travel

Royal Caribbean announced today it has decided to discontinue the introduction of Spa staterooms beginning with the 2021-2022 season. After much consideration and as our product...
Read more
- Advertisment -

The 5 best destinations for hiking in Australia

THINGS TO DO IN KOH YAO NOI – ULTIMATE TRAVEL GUIDE

Journey to the end of the world