Waitomo Caves: Where to find glowworms in real life

Middle-earth, aka Hobbiton, isn’t the only place in New Zealand where you can feel like you’ve stepped into another realm.

In New Zealand, Waitomo is home to thousands of “glowworms” that create an amazing luminescent effect day or night.

The Waitomo Caves are on New Zealand’s North Island, about 220 km (137 miles) south of Auckland. But they feel like an entirely different planet thanks to the presence of “glowworms” that light up the otherwise-dark limestone caves. 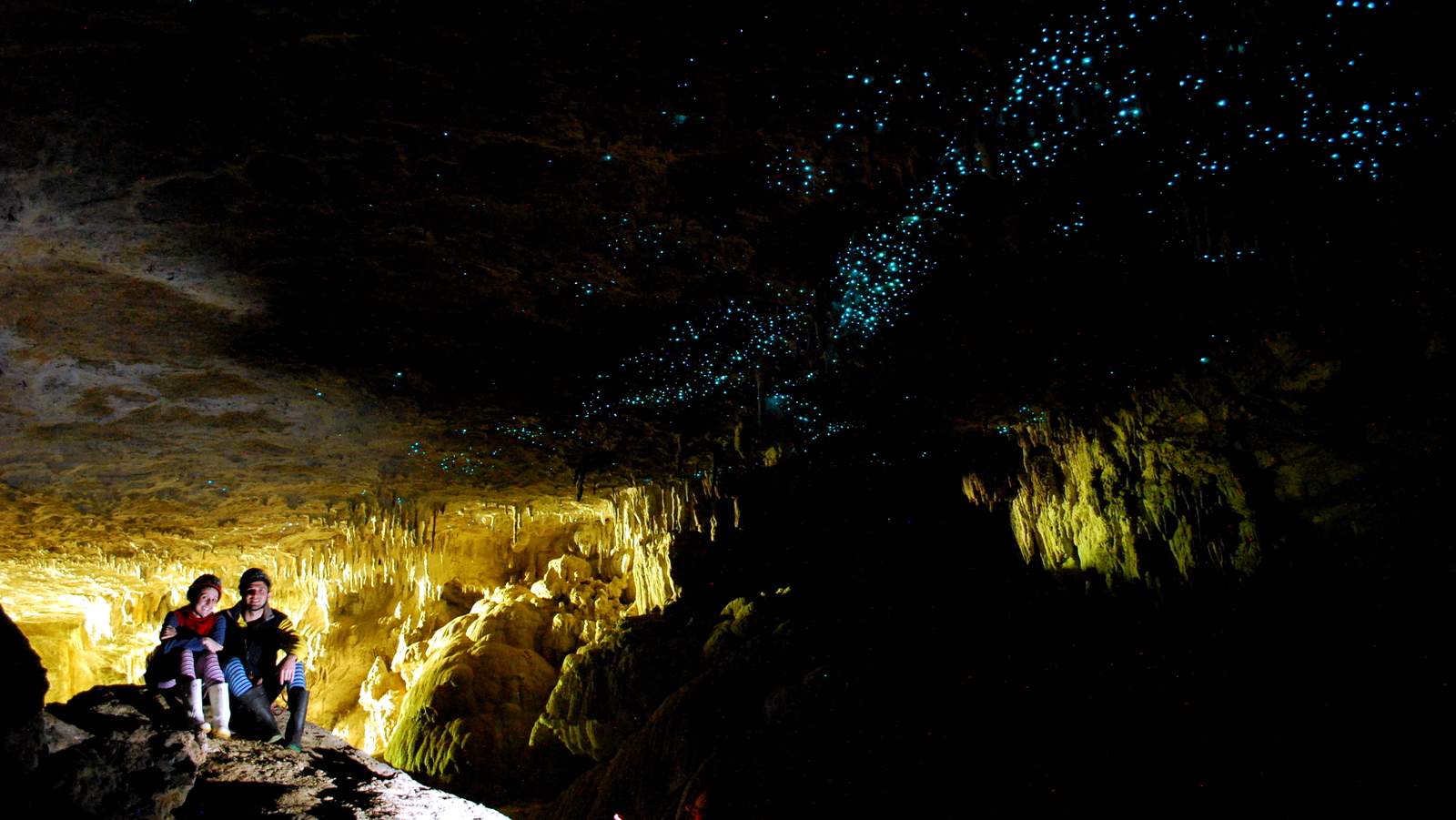 Those glowworms are technically known as arachnocampa luminosa (glowing spider-worms, or perhaps a Harry Potter spell?), and they really do light up.

Thousands of the creatures make their homes in this cave system, creating an amazing bluish-green luminescent effect day or night.

The name of the caves loosely translates to “water passing through a hole” in Māori, and in that language the glowworms are called “titiwai.”

o travel there for yourself, you’ll need to book a tour — you can’t just go randomly spelunking in a place as special as this one.

Guides will take small groups out on boats into the inky-dark water, and almost immediately you’ll look up to see swells of glowing light.

But the luminescent creatures aren’t the only amazing feature these caves possess.

The stalactites and stalagmites create all kinds of cool and unusual shapes, and many areas of the caves are nicknamed according to these shapes. For example, there’s The Organ (named for a church organ, not the bodily kind), the Bride’s Jewels and Blanket Chamber.

While arachnocampa luminosa are most famously connected to the Waitomo Caves, this species — which is native to New Zealand — can be found in other places throughout the country, including the Wellington Botanical Garden and McLaren Falls on the North Island and Arthur’s Pass on the South Island.

Ready to plan your visit?
The Waitomo Caves are available to visit every single day of the year, but you must make reservations in advance.
Between November and March, which is of course summer in the southern hemisphere, there are tours every 15 minutes between 8:30am and 5:30pm.

Warm coats are encouraged, but cameras and GoPros are not.

FOLLOW US ON INSTAGRAM
Previous articleThe Best of Bali: Waterfalls, Beaches and Hidden Gems
Next articleLuxury hotel built in former pit mine to open in China

Celebrate Christmas with a holiday. (rawpixel.com) For many of you, the holidays are a much-needed break from the grind of everyday life. They’re a chance to...
Read more
Travel

7 fun things to do in Ho Chi Minh city

This beautiful and historic cathedral was built in the 1800s. Ho Chi Minh city is a really impressive and nice city. Despite its rapid modernization,...
Read more
Travel

Journey to the end of the world

The world’s first Monopoly-themed attraction is opening in Hong Kong this...

Japan was officially the best place to travel in 2018. Here...